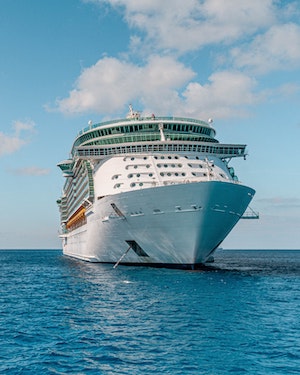 Carol was born in Springfield, Ma on March 7, 1942 and she was the daughter of the late Walter P. Madura and Rita J. (Cantin) Madura. Carol was raised in Chicopee and was educated in the Chicopee public schools and graduated from Chicopee High School. Shortly after completing her education, she entered the work force that lasted her entire career at the New England Telephone, Bell System, then NYNEX Corp, now part of Verizon. There she held many different job titles before retiring as an office clerk in the engineering department.

She married the love of her life in November of 1961, Ronald J. Mondok and their romance continued for just shy of 60 years. Together, they lived on Monska Drive in Easthampton until they retired to both their Florida and Maine retreats. Carol and Ron where both communicants at the Our Lady of the Valley of Parish while residents in Easthampton. She was a member of the Telephone Pioneers Club and for many years, they loved snowmobiling and both had their own sleds and belonged to area clubs and enjoyed their trips to Old Forge, New York. She loved playing cards, bike riding, her trips, traveling and cruises with family and friends. She loved her Boston Red Sox and never missed the games on radio or television. Her and Ron would throw the best 4TH of July parties in their neighborhood.

Carol is survived by her devoted and loving husband; Ronald J. Mondok of Palm Bay, Florida, her two sisters; Gail C. Madura of Feeding Hills, Sandra J. Bernash and husband Robert of Chicopee and many nieces, nephews, cousins and many dear friends in both Maine and Florida. Besides her parents, Carol was predeceased by her three brothers; Frank J. Madura, Gary P. Madura, Robert J. Madura and one sister; Judy L. Madura. Carol touched so many people in her life for those who had ever known her, she will be greatly missed by her entire family and friends always.

“FOREVER IN OUR HEARTS”

To send flowers to the family or plant a tree in memory of Carol Ann (Madura) Mondok, please visit our floral store.

A Memorial Tree was planted for Carol

Join in honoring their life - plant a memorial tree